Understanding the impact of greenhouse gases on our environment is key to understanding software's own carbon footprint. You will learn about the different kinds of greenhouse gases present in the environment, how they are emitted and measured, and what is being done by different organizations around the world to control and reduce these emissions.

You will find out about the GHG protocol and what it means for green software practitioners.

Global warming is the long-term heating of Earth's climate system observed since the pre-industrial period (between 1850 and 1900) due to human activities, primarily fossil fuel burning. Climate change is long-term shifts in temperatures and weather patterns. These shifts may be natural, but since the 1800s, human activities have been the main driver of climate change.

These changes can lead to flooding - both in coastal areas and due to increased rainfall - drought, wildfires and more frequent extreme weather conditions.

Greenhouse gases and the greenhouse effect​

Greenhouse gases are a group of gases that trap heat from solar radiation in the Earth's atmosphere. These gases act as a blanket, increasing the temperature on the surface of the Earth. This is a natural phenomenon which has been accelerated due to man-made carbon emissions. Now the global climate is changing at a faster rate than that at which animals and plants can adapt.

Carbon is often used as a broad term to refer to the impact of all types of emissions and activities on global warming. CO2eq/CO2-eq/ CO2e, which stands for carbon equivalence, is a measurement term used to measure this impact. For example, 1 ton of methane has the same warming effect as about 80 tons of CO2, so we normalize it to 80 tons CO2eq. We may shorten even further to just carbon, which is a term often used to refer to all GHGs.

The Paris Climate Agreement is an international treaty agreed in 2015 by 196 parties and the UN to reduce the Earth's temperature increase. The agreement is to keep the rise in global mean temperature to 2°C compared to pre-industrial levels, with a preferable lower limit of 1.5°C. The agreement is reviewed every five years and mobilizes finance to developing nations to mitigate the impacts of climate change and prepare for and adapt to the environmental effects caused by climate change. In addition, each party is expected to update its progress through a Nationally Determined Contribution (NDC). The agreement is currently signed by 193 parties.

The United Nations Framework Convention on Climate (UNFCCC) is a group created to achieve the stabilization of greenhouse gas concentrations in the atmosphere at a level that would prevent dangerous interference with the climate system.

The COP (Conference of the Parties) is an annual event involving all parties in the United Nations Framework Convention on Climate Change. At the conference, each party member's progress on tackling global warming, as agreed as part of the Paris Climate Agreement, is reviewed and assessed. The COP is also a chance for parties to come together and make decisions that will reduce the effects of global warming. Common topics include strategies to reduce carbon, financing low carbon strategies and preservation of natural habitats.

The IPCC (Intergovernmental Panel on Climate Change), created by the UN in 1988, aims to provide governments at all levels with scientific information that they can use to develop climate policies. IPCC reports are also a key input into international climate change negotiations. The IPCC is an organization of governments that are members of the United Nations or the World Meteorological Organization (WMO). The IPCC currently has 195 members.

We will always emit carbon through our activities but being carbon efficient means minimizing the amount of carbon emitted per unit of work. We aim to ensure that for each gram of carbon we emit into the atmosphere, we extract the most value possible. 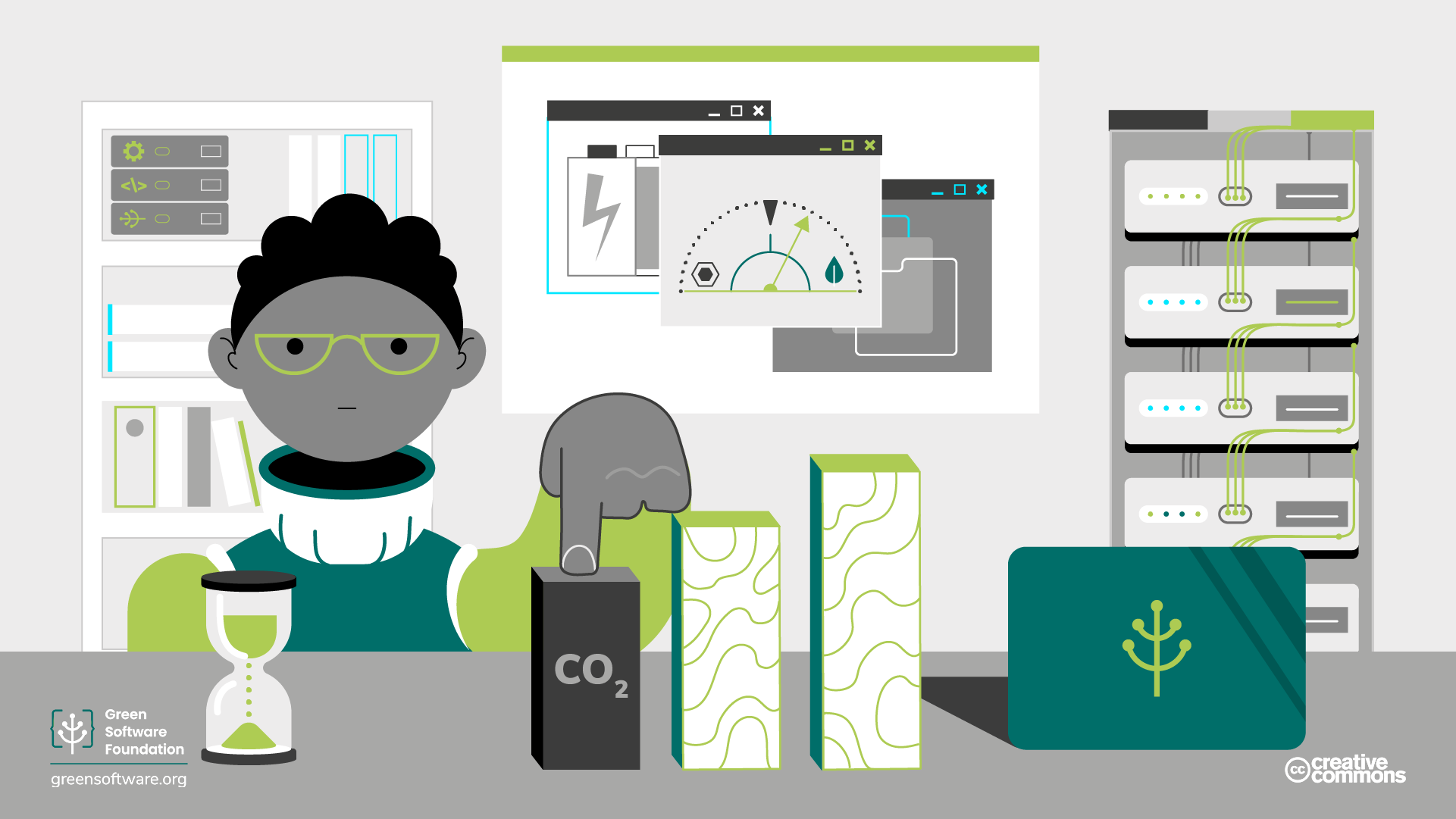 In the software space, the part we play in the climate solution is building carbon-efficient applications. Being carbon efficient is about building applications that add the same value for you or your users but which emit less carbon.